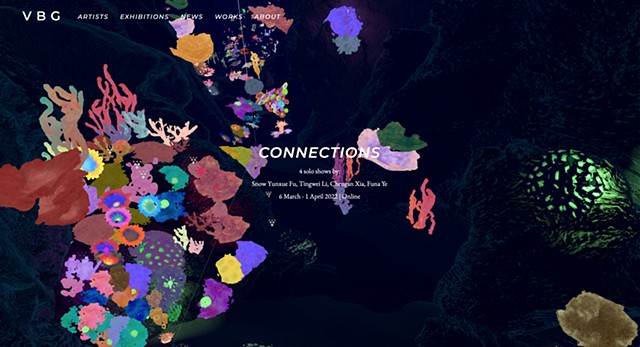 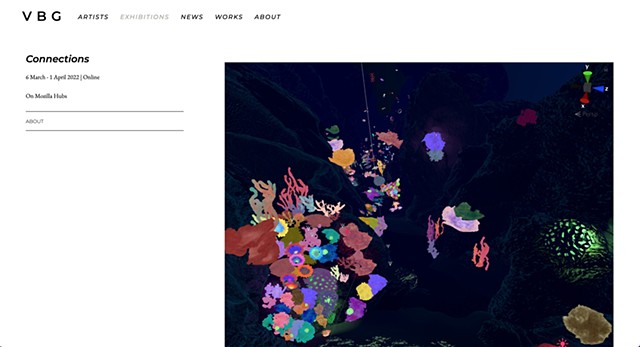 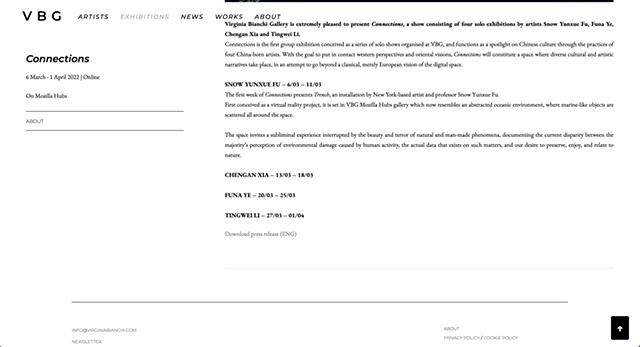 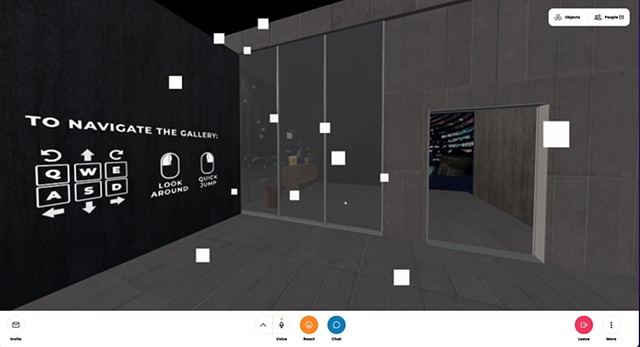 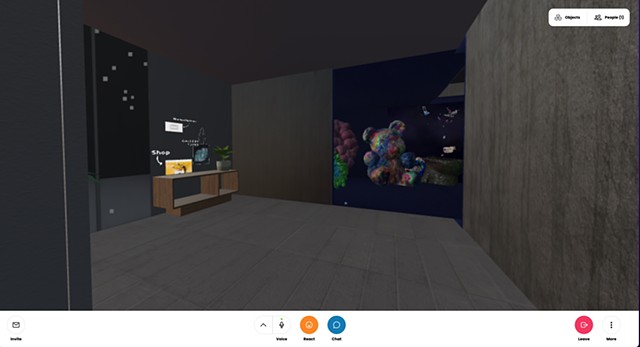 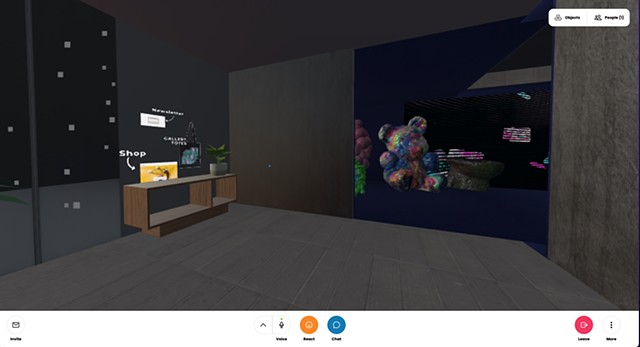 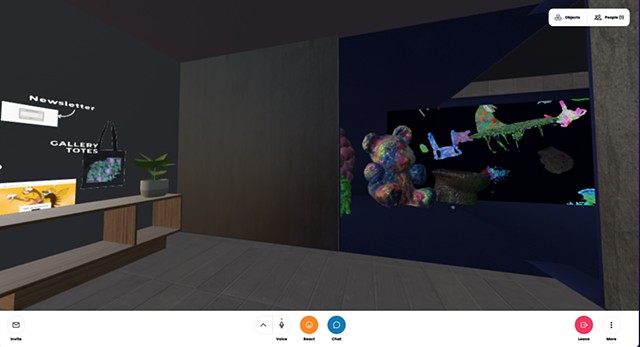 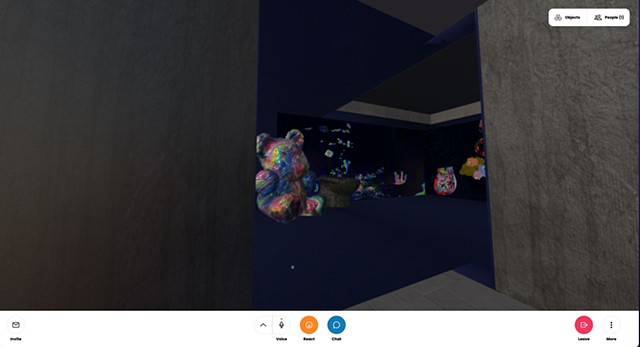 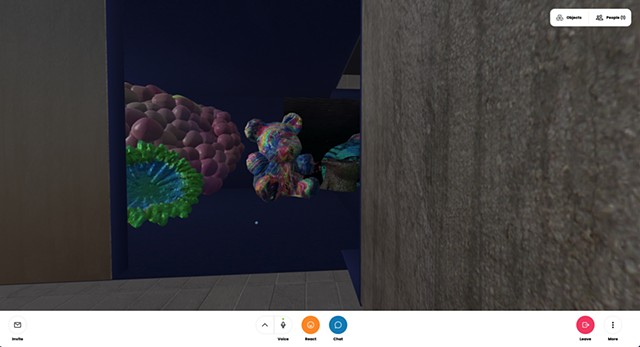 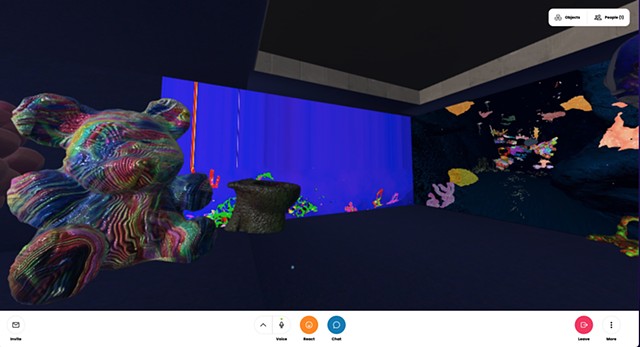 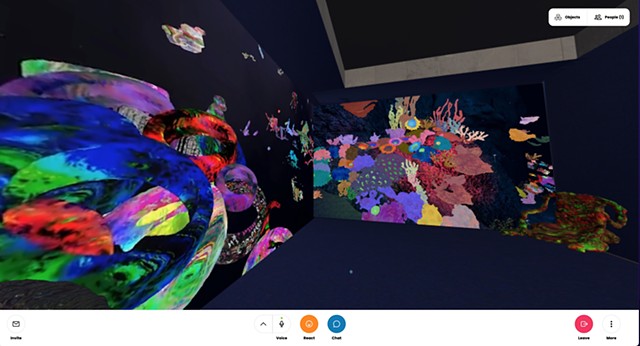 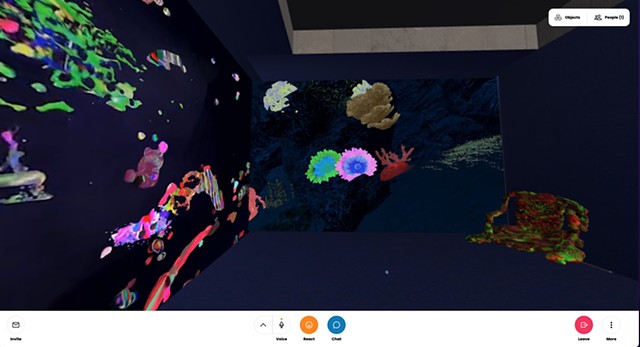 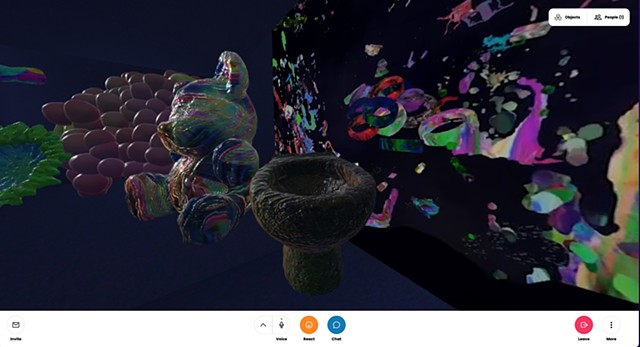 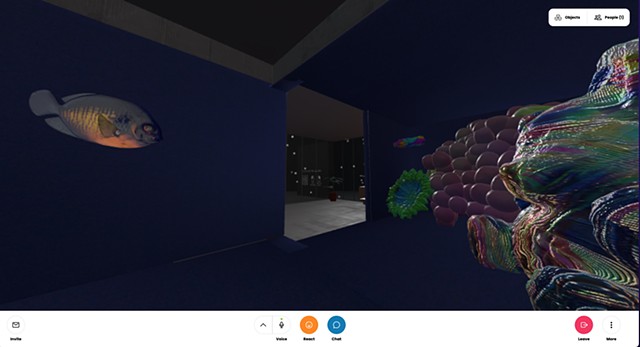 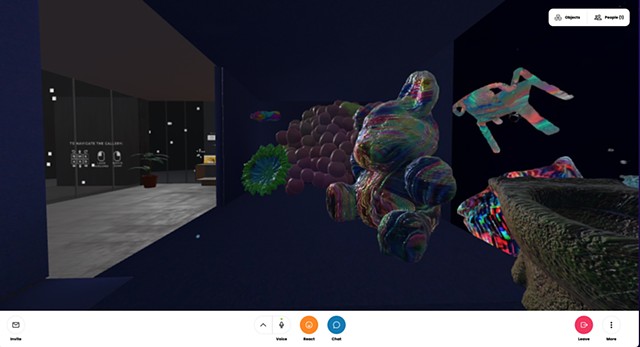 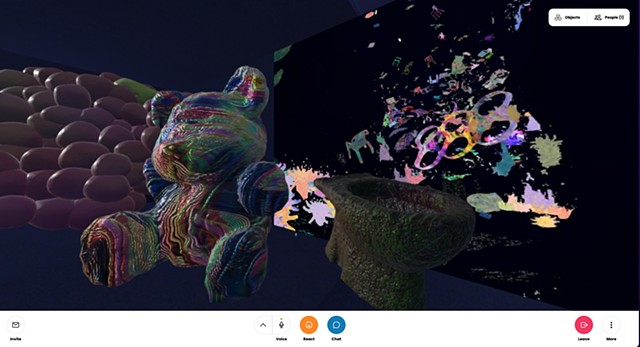 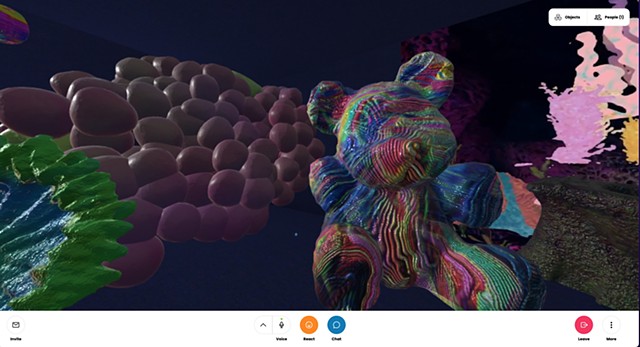 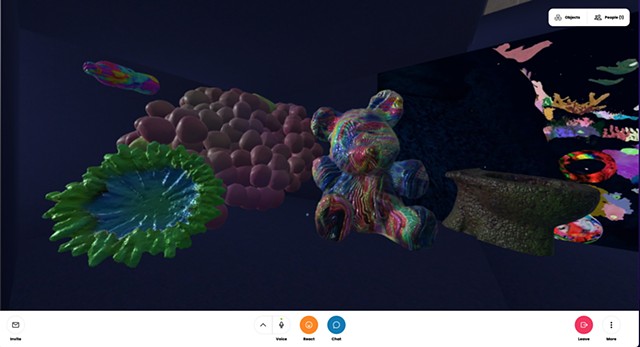 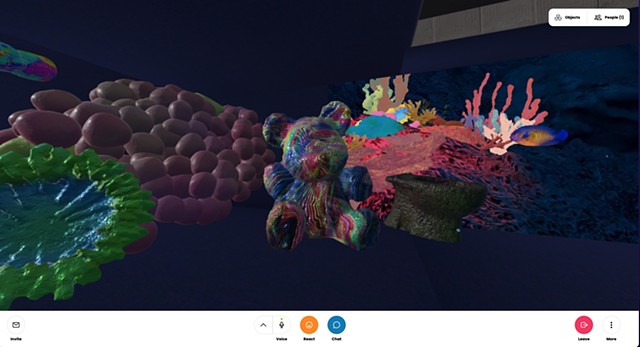 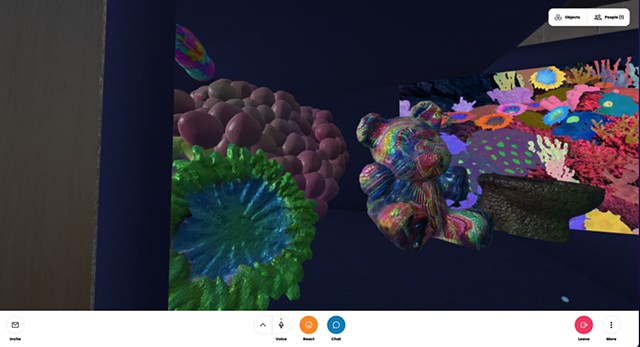 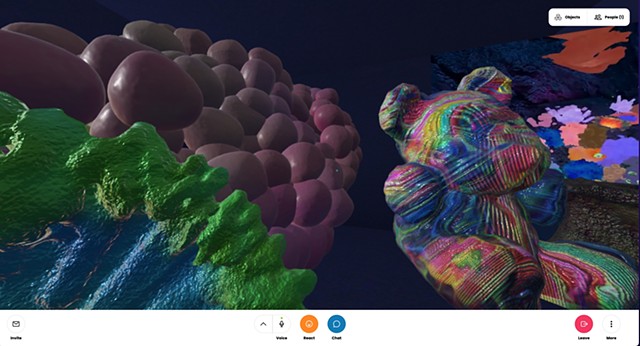 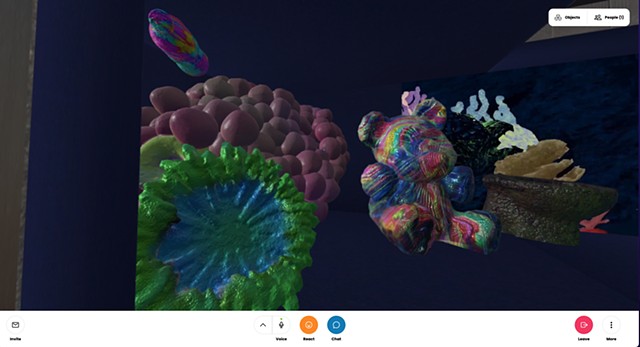 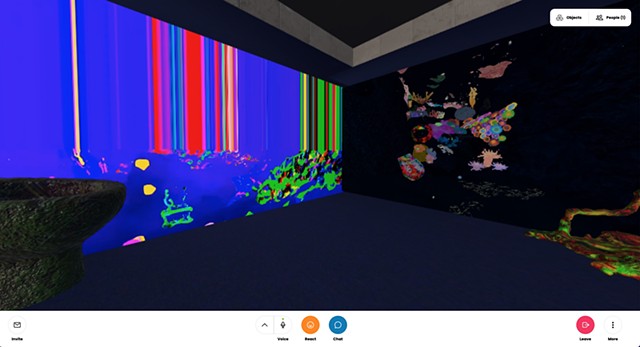 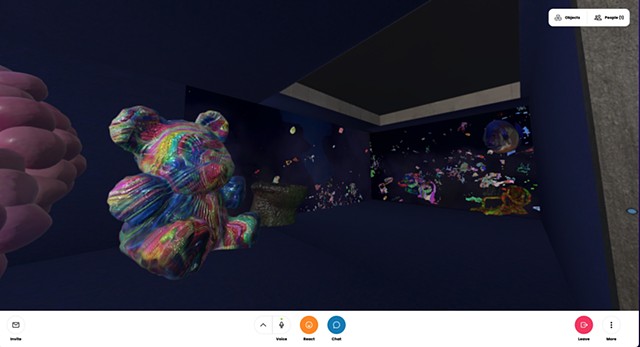 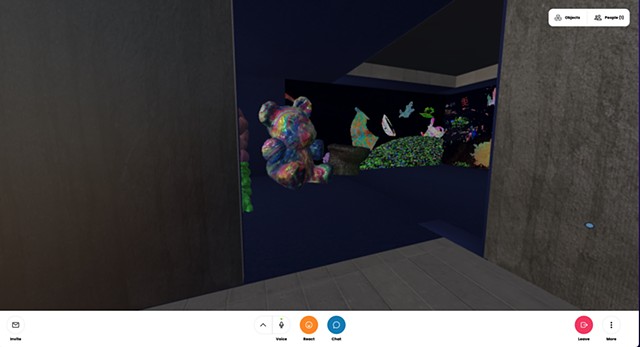 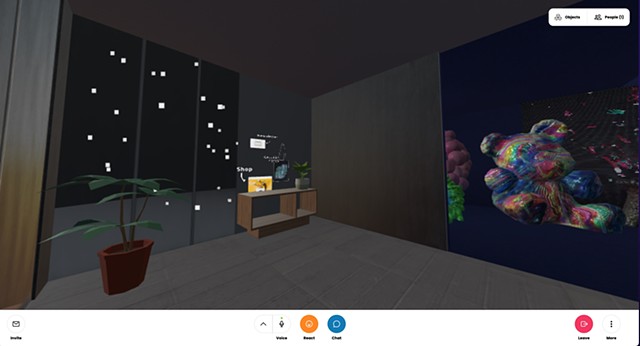 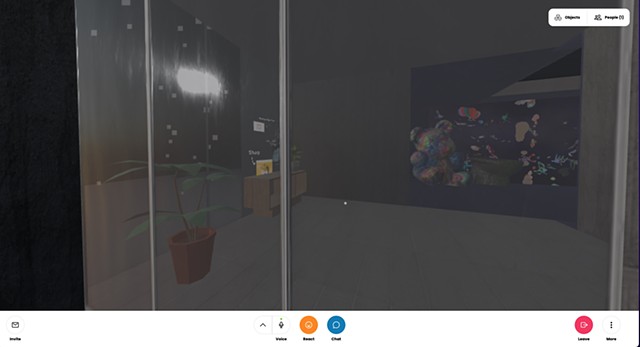 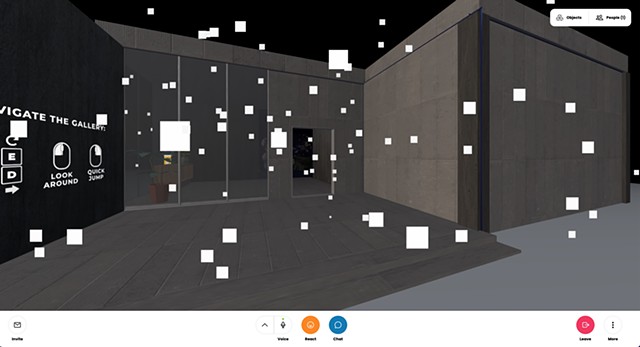 First conceived as a virtual reality project, it is set in VBG Mozilla Hubs gallery which now resembles an abstracted oceanic environment, where marine-like objects are scattered all around the space. The space invites a subliminal experience interrupted by the beauty and terror of natural and man-made phenomena, documenting the current disparity between the majority’s perception of environmental damage caused by human activity, the actual data that exists on such matters, and our desire to preserve, enjoy, and relate to nature.

Virginia Bianchi Gallery is extremely pleased to present Connections, a show consisting of four solo exhibitions by artists Snow Yunxue Fu, Funa Ye, Chengan Xia and Tingwei Li. Connections is the first group exhibition conceived as a series of solo shows organised at VBG, and functions as a spotlight on Chinese culture through the practices of four China-born artists. With the goal to put in contact western perspectives and oriental visions, Connections will constitute a space where diverse cultural and artistic narratives take place, in an attempt to go beyond a classical, merely European vision of the digital space.